5 Lies You’ve Been Told About Kizomba

Kizomba is a social dance that has really only begun to gain notice in the United States in the last five years; most people had never heard of it before the New York Salsa Congress and DC Bachata Congress of August 2014. So it’s no wonder there’s some confusion surrounding this wonderful dance. I’d like to set the record straight today – here are five lies you’ve been told about kizomba, and the truth!

1. Kizomba is a Latin dance.

I can understand the confusion. Most people encounter kizomba for the first time at a large salsa or bachata festival. Even for me, finding it for the first time in North Africa – it was my friends in the salsa scene that told me there would be a workshop happening in Casablanca that I definitely wouldn’t want to miss. The Latin dance community is truly global and very successful. So it makes sense that when kizomba began to spread from Africa to and through Europe (and from there around the world), people would use an existing platform with a huge following to win more interest.

In fact, kizomba is a dance from Angola. It is absolutely a West African dance. The music we dance to, also called kizomba, comes from a long tradition of semba music that encountered influences from Caribbean zouk and new electronic sounds in the late ’70s and early ’80s. The motion and steps of kizomba are a clear descendant of semba dancing, but evolved to suit the music of kizomba.

We’ve already established kizomba’s origins, so let me explain where this myth is coming from. First, when introducing a new dance form, it can be helpful to compare it to something to give people a frame of reference. People often say “Kizomba is like African tango.” Indeed, kizomba has a very close connection through the torso, and couples wrap their arms quite far around each other. Also as in tango, the upper body is in some ways dissociated from the movement of the legs. Furthermore, kizomba doesn’t have one or two basic steps that are repeated throughout the dance. We teach “three basic steps” but this is more of a jumping-off point than a basic pattern. Instead, like Argentine tango, kizomba has a large vocabulary of steps that can have any number of counts (1, 2, 3, 4, 5, 6, 7, 8, 9…) and which can be fitted together without having to look for a “1” or “2” to start on.

Beyond that, a newer generation of dancers, primarily based in Paris but with students all over the world, have taken inspiration from tango to add new vocabulary to their kizomba. It is possible to see a whole range of steps that are very similar to those in Argentine tango. Furthermore, many of these dancers have altered their technique to better suit this vocabulary, often dancing with a straighter spine or even sliding through their steps.

3. Kizomba is way too sexy to dance socially.

Maybe you walked into the kizomba room at a large dance festival and it was really dark and you saw people making out on the dance floor. Maybe you’ve been on YouTube and seen people grinding their pelvises against each other. Maybe you’ve heard some lyrics in English that were rather overt – “I want to make sex with you,” for example. Maybe you just can’t get over how much people are moving their backsides. I’ll give you this – kizomba absolutely can be sexy. However, that is not inherent to the dance.

Let’s think about another activity that takes place in the dark: watching movies. Imagine someone tells you “Oh, no, I can’t come over to watch a movie with you guys. Thanks for inviting me, but I have a significant other.” “WHAT?” you say. “What’s that got to do with anything?” “Well, my significant other doesn’t like the thought of me in a dark room, sitting pressed up against or on top of members of the opposite sex, watching provocative material. And let’s be honest, plenty of people basically use watching movies as foreplay. I just don’t feel comfortable in that sort of environment.”

I’m sure that sounds ridiculous, but I think the comparison is fair. We all know that SOME movies have makeout or sex scenes, and that SOME people get physically intimate as a movie plays. In the same way, SOME kizomba music is suggestive, and SOME people cross the line into sexy movement or even, unfortunately, unwanted advances on a partner. It would be a shame to place all of kizomba into this one category, however.

Kizomba is danced in very close embrace. However, the shape of the human body is such that when you stand normally, or even better when you stand with your weight forward as in kizomba, you will connect with your partner through your ribcage and/or belly (depending on your individual shape). It is IMPOSSIBLE to touch someone’s groin or grind pelvises unless you stop using kizomba hold. Think about bachata, for a moment. There are people who dance bachata in a way that practically ensures genital contact, but it is in no way the norm.

Note: There is a cousin dance of kizomba called tarraxinha that has a different hold and connection, and that dance is indeed usually meant for someone you are sexually interested in. It also requires consent! Stay with your kizomba position if you are worried about encouraging a sexual interest from your partner – or if someone makes you feel uncomfortable, just end the dance.

Kizomba is characterized by an undulating movement that does indeed include your rear. It isn’t about shaking or bumping or otherwise creating a sexy display, though. I always tell my students – the movement is functional and serves to create an aesthetic of continuous, controlled motion that remains relaxed. While it may be embellished or rendered sexual, we can obviously say the same about movement in salsa or bachata as well.

Well, in the sense that you can learn three or four steps and be set for a whole night of dancing, yes. With the right teacher, in an hour or two you can get enough understanding of movement and basic steps to dance through an entire night with a touch of musicality. Kizomba is totally accessible for beginners, so if you haven’t tried it yet, get started!

The problem is when people dismiss kizomba as easily mastered. Many people take a month’s worth of classes and then figure themselves for advanced dancers – after all, once you know the saidas and a couple tricks or dips, you’re set, right?

These people are missing out on the best part of kizomba: HOW you move while staying so closely connected to your partner. Or maybe they get stuck memorizing combinations, instead of learning to use their vocabulary to put together their own poetic movement. Kizomba has so much subtlety, and so many intricate possibilities.

Ground your movement and find the right alignment with your partner, and you begin to feel their every tiny isolation. Figure out pivot technique and every move you know can suddenly be opened to variations in position. Work on slow-motion, stop motion, and syncopation, and again the standards become almost unrecognizably new, and your feet can dance out the exact rhythms of a particular instrument. Dissociate your upper and lower body, your feet from your partners’, her hips from yours – This list could go on and on and on

As with any dance, the more you learn, the better you are able to appreciate the subtle differences that indicate mastery. In kizomba, each technique mastered is like an additional color palette for you to paint with, another supply kit for you to build from, another door to a realm of expressing the music with our bodies.

5. You can’t dance kizomba in the US outside major cities.

Not so long ago, that was absolutely true. If you couldn’t find kizomba in your area after going to a big congress, maybe it’s time to take another look!

At the beginning of this year, I started a project called Kizomba Community with the intent of making it easier for people to find kizomba all over the United States. I was frustrated with joining various Facebook groups, searching on Meetup, and sifting through irrelevant Google results. I had been complaining for some time about the lack of any resource that would make this easier, until finally I realized it would be better just to shut up and create a solution.www.kizombacommunity.com was the result.

It has been my privilege to add more and more cities with ever more classes, socials, and events to the menus on Kizomba Community. I’m always on the lookout for what is happening related to kizomba, and I do my best to keep the site as comprehensive as possible. While it’s certainly true that major metropolitan areas have the greatest concentration of kizomba, there are more remote locations growing scenes all the time. Even for those places without a regular scene, there are several traveling teachers (myself among them) that come to do special events so that kizomba can get some momentum there. Go see where you can dance kizomba today!

Rachel CassandraRachel Cassandra fell in love with kizomba while living in North Africa. She is following her passion for teaching and learning kizomba by traveling nonstop all over Europe and the United States, and plans to make that venture worldwide in the near future! She founded Kizomba Community to help people in the USA get connected to kizomba nationwide. She loves dancing outdoors, sleeping on people’s couches, and cooking a variety of cuisines – and she’d love to meet you when she comes to your town. 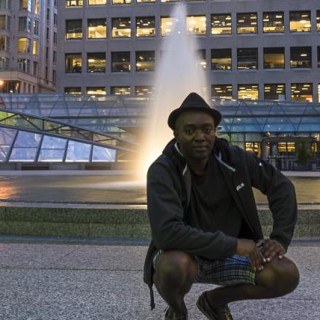